As a medical student at Emory University, Robert Campbell, MD, says he knew early on that he was not going to med school to take care of chronically ill adults. As a teenager growing up in Knoxville, TN, he was drawn to the topics of sports, fitness and health and wellness. In his fourth year of medical school, Dr. Bill Plauth, the head of pediatric cardiology at Emory, allowed Dr. Campbell to go on rounds with him at Grady Hospital. From there, his career path working with kids and teens with CHD was set.

“It was a case of the right people, the right place and the right time,” he said. “Pediatric cardiology private practice was not really a thing at the time, but I believe we were destined to be here at that moment. We were all committed to working hard and delivering a great service, and the practice exploded in front of our eyes.”

In 1990, Georgia Pediatric Cardiology Associates private practice merged with the Division of Cardiology in the Department of Pediatrics at Emory University School of Medicine to form the Emory/Egleston Children’s Heart Center.  In 1999, Dr. Campbell became Chief of the Cardiac Service Line at Sibley Heart Center Cardiology. 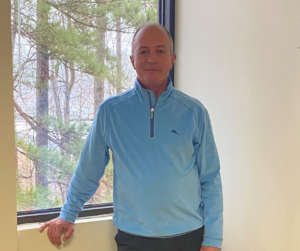 Dr. Campbell said he kids with a friend who is a world-class car salesman that they are in the same business – the people business. He says every single employee at Sibley is world-class, from the people in the call center, to the nurses, to the physicians, to the surgeons. Although there is a wide range of diversity in the Sibley team, they are impressively likeminded when it comes to caring for each other and caring for patients.

“When I was Chief, I had a saying: ‘The house always wins,’” Dr. Campbell said. “Every day, we need to figure out what we need to do and how does everyone buy into that. Individually, this may not be what you want or what I want, but everyone needs to be heard.  What we do every day is hard enough without us chewing on each other. You can train anyone to do just about anything technically but hiring people who are a good fit culturally and who will be good team members setting their colleagues up for success is harder. It’s also what’s been fun about the job.”

Dr. Campbell says focusing on patient experience and good communication advances the idea of the “house always wins” and energizes the team to continuously improve. But one of the biggest motivators for the team is becoming like adopted family members to the patients they care for, sometimes over many years. 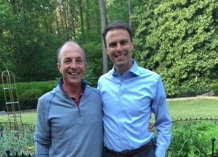 “When I tell people I’m a pediatric cardiologist, they invariably say, ‘that must be so hard, those children must be so fragile’ I have to chuckle at that, and I tell them that the sickest kid I take care of is tougher than you and me put together,” Dr. Campbell said. “But at the center of it, I don’t take care of heart conditions. I take care of families with kids who have heart issues. My job is to reassure them confidently and to listen well. The most important patient I’m going to see is the next patient I see. They need you at that moment, and you have an opportunity to make a value-added impact in their lives that day.”

I love the people at Sibley, and I know I’ll miss them,” he said. “I tell people I’m working for a living, but I really work for fun.” 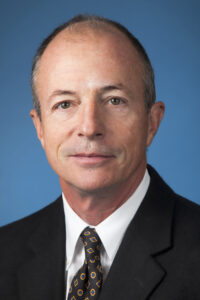 From 1997 to 2015, Dr. Campbell served as the Director of the Sibley Heart Center Cardiology practice, Chief of the Children’s Healthcare of Atlanta Sibley Heart Center cardiac service line, and Division Director for cardiology in the Department of Pediatrics at Emory University School of Medicine. In 2015, he resigned these administrative titles and has returned to a focus of clinical care, teaching and research. Areas of clinical focus include hypertrophic cardiomyopathy, arrhythmia and electrophysiology and sudden cardiac arrest in children and young adults.